Across the Ocean Shipping Australia

One of Australia’s main port operators says COVID-battered small and medium retailers will bear the brunt of “ugly” disruptions to stock supplies as Melbourne wharfies prepare to strike for much of October.

Patrick Terminals said on Monday the stop-work actions planned by the Maritime Union of Australia, over an 18-month dispute about workplace conditions, could cause shortages of imported electronics, furniture, white goods, sports gear and building materials in the run-up to Christmas.

But the union said Patrick, one of three major operators on Melbourne’s docks, was being alarmist, there was no threat to Christmas supplies and strikes need not go ahead if the dispute could be settled.

Large retailers said they were well placed to weather disruptions on the docks after being forced to build large stock inventories for anticipated bumper Christmas sales as COVID-19 caused international sea shipping havoc for much of the year.

The wharfies’ decision to strike would probably have an outsized effect on smaller retailers that were less well prepared.

“This will have a big impact on small to medium-sized businesses, so we hope that the industrial dispute is resolved quickly to mitigate even further damage to Australia’s economy.” Australian Freight Company Across the Ocean Shipping Director David Aherne said.

Enterprise bargaining talks between Patrick and the union have broken down over the company’s wish to hire “supplementary workers”, which the MUA says is casualisation and a threat to its members’ job security.

Patrick chief executive Michael Jovicic said the union planned to escalate its campaign, walking off the job in Melbourne each Monday, Wednesday and Friday for all of October.

“That’s going to hurt us quite badly. It takes away … between 20 to 25 per cent of our capacity,” Mr Jovicic said. “We handle something like 43 per cent of the overall market in Australia, so there’s pretty much a 43 per cent chance that we’ve handled something that you’ve just bought from Kmart, for example, or Bunnings.”

Mr Jovicic said the company’s ability to offload cargo processing onto other stevedores had been greatly diminished after one of them, VICT, was hit with a COVID shutdown this month.
“If our competitors can’t help, it’s going to be ugly. We’re going to have to prepare for a couple of difficult months ahead of us, collectively,” he said.

MUA national assistant secretary Jamie Newlyn said the enterprise bargaining dispute could be settled before any more strike action, and he accused Patrick of alarmist claims of looming shortages of goods.

Mr Newlyn said a loss of 25 per cent capacity for three months due to equipment failure at Patrick’s operation at Port Botany in NSW earlier in the year had not led to empty shop shelves.

“There is capacity in the port [of Melbourne] for ships to be loaded and unloaded, they just might have to be done by a different operator. Little Johnny’s going to get the Christmas bike under the Christmas tree, the shelves will be stocked with plenty of toilet paper,” Mr Newlyn said.

“We’ll be having Christmas. If anyone is the Christmas Grinch, it’s Patrick.”

“A lot of Australian retailers are used to now dealing with it and rolling with the punches,” he said. “They have increased lead times in their buying cycle to allow for things like this to happen. It’s a pain, it takes resources, but it’s nothing that’s going to disrupt our business terribly.” Car parts seller and Autobarn owner Bapcor is similarly unfazed.

The Chief executive said the business was already well stocked after responding to shipping problems that have plagued the industry since the start of the year.

“Will it have some impact? Of course. Will it be substantial? I wouldn’t think so,” he said. “But it depends how serious it is, and just how long it goes on for.”

Sea Freight Forwarder Across the Ocean Shipping is working with the Australian Wharfs daily, for an update on the current situation or assistance with your goods arriving into an Australian port, give us a call today. +61 3 9427 0015

More from our blog 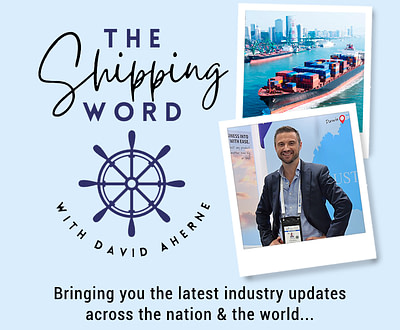 For the Shipping Industry, Moves to Cut Carbon Emissions Remain a Struggle

Should you buy Christmas presents now?

The U.S. trade deficit widened to a record in August as American…
Continue reading

Why Container Ships Can’t Sail Around the California Ports Bottleneck

Send us an Email
Get a Freight Quote

Looking for shipping services in Holland?

Find us in Rotterdam

Looking for shipping services in the USA?

Find us in Los Angeles

Looking for shipping services in Australia?

Find us in Melbourne

©2021 Across the Ocean Shipping | All Rights Reserved. Designed by Red Sky Digital.